Back to stanley marketplace shops 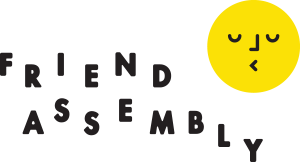 Friend Assembly started with just two hands and a dream. After having this dream turn into a reality, Sarah Schreiber quickly learned that her new reality looked like a clay covered house with her little clay friends everywhere.

Since 2016, Friend Assembly has grown to having studio assistants, (both human and canine), as well as recent casting and production partners both domestically and internationally and

Since Summer 2020, Friend Assembly has started releasing limited edition collections that include Faceplanters as well as a variety of other experiments and non-face related artworks.

In the fall of 2022 Friend Assembly officially opened a brick and mortar location in Stanley Marketplace offering retail items and a studio space.